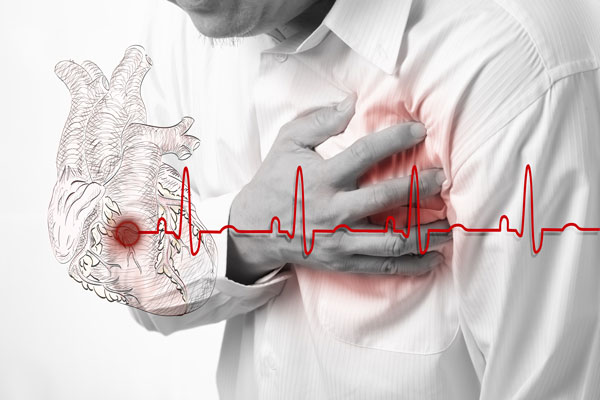 As science and medicine evolve, we are beginning to get a clearer look at just how interconnected the body really is. Yes, most people understand that the body is interconnected on a rudimentary level, but you might be surprised to learn that problems in your mouth can factor into serious health problems of the heart and brain.

The mouth is the central area by which nutrients, substances, and bacteria enter the body and therefore the bloodstream. We should be looking at the health of the teeth and periodontal structures supporting them not as isolated areas with strictly local concerns but rather, like everything in nature, as part of an interconnected system – that system being the entire body.

How Periodontal Disease Is Linked To Heart Disease 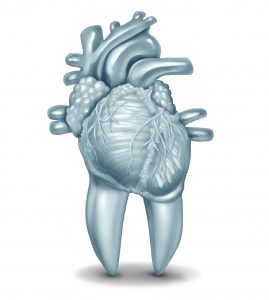 Periodontal disease, also commonly referred to as simply “gum disease”, is an inflammation of the gums as a result of plaque build up. The beginning stage of periodontal disease is called “gingivitis”, which is reversible and usually painless. Symptoms include:

Gingivitis is usually painless, however, if it advances to periodontitis, the condition can be painful and incredibly difficult, if not impossible, to reverse. Symptoms of periodontitis include:

The main culprit in almost all dental problems is plaque – the sticky, fuzzy substances that builds up on your teeth when you go long periods of time without brushing. Plaque is comprised of bacteria and acids that eat away at the teeth and gums.

Plaque is also the main factor of concern in heart disease, and when your gums are bleeding excessively, that plaque has a direct route into the bloodstream and therefore into the heart.

More and more research is revealing the links between periodontal disease and heart disease. One study in particular revealed that people who had successful treatments for periodontal disease ended up spending 10 to 40 percent less on cardiovascular care costs than those who didn’t get adequate oral care.

The American Heart Association has also acknowledged a relationship between periodontal disease and heart disease. Much of this is due to gum inflammation and plaque leading to the narrowing of various arteries in the heart.

How Tooth Decay Is Linked To Stroke 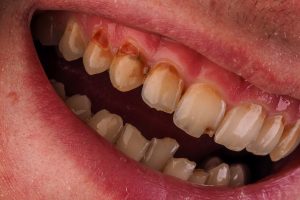 Tooth decay and stroke are possibly linked because of the type of bacteria commonly found in plaque – Streptococcus mutans. This bacteria naturally lives in the mouth and forms plaque when combined with carbohydrates from food.

How Your Rigby Dentist At Cedar Creek Dental Can Help

Your Rigby dentist at Cedar Creek Dental can help you avoid serious health problems with the right dental care. Here are some of the services we provide that can help with various stages of dental decay and periodontal disease. 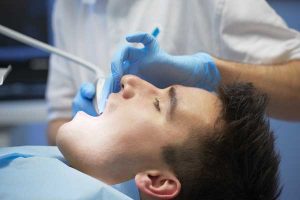 During the first stage of dental decay where plaque is beginning to eat its way through the enamel, a simple dental cleaning can go a long way. After that, improved dental health and hygiene is the best step you can take to keep dental decay from occurring.

If dental decay has reached the second stage and has created a cavity, we provide white fillings to solve the problem. Our fillings are a great step up from amalgam fillings because they don’t contain any mercury – a toxic heavy metal. They also look and feel just like natural teeth.

If pulpitis has occurred, we can perform a root canal. Contrary to popular belief, root canals don’t have to be a terrible experience. We make them easy at our relaxing Rigby dental clinic.

We provide various non-surgical periodontal disease treatment options at our dental clinic in Rigby. These include scaling and root planing, removing dangerous toxins that tend to cluster in pockets with this disease. We can also provide host modulation, a method of altering the bacterial host properties and diminishing your mouth’s hospitality to the dangerous toxins involved with periodontal disease.

Remember, in the early stage of periodontal disease (gingivitis), the problem can be reversed and cured. However, in the later stages that may require surgical intervention, we recommend the more advanced treatments you can get from a licensed periodontist. 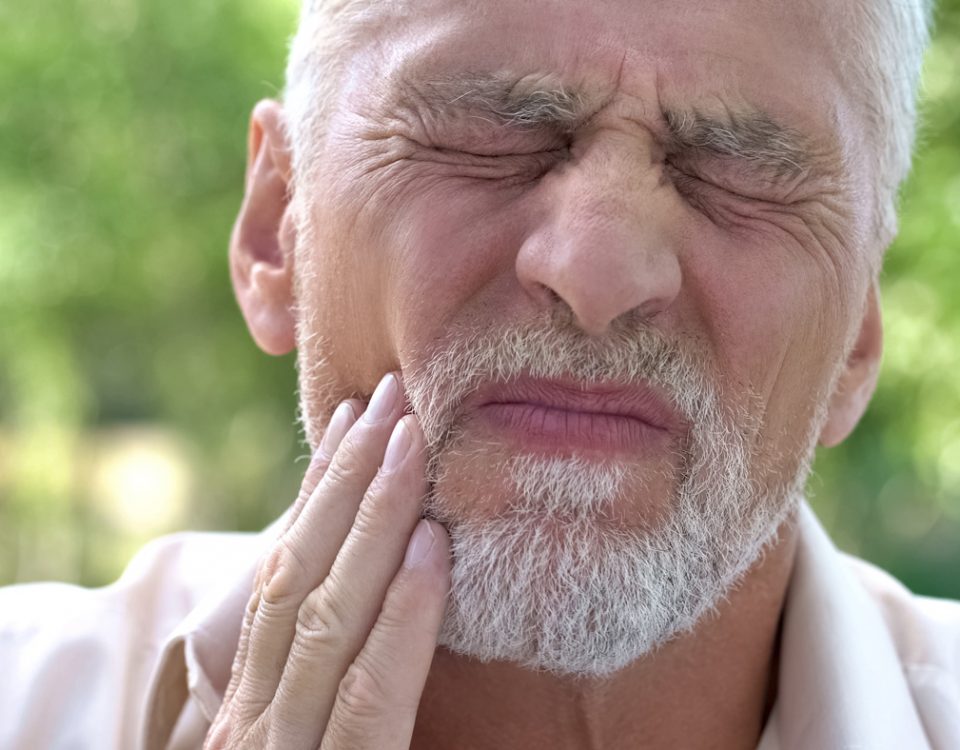 What Are Dental Abscesses? 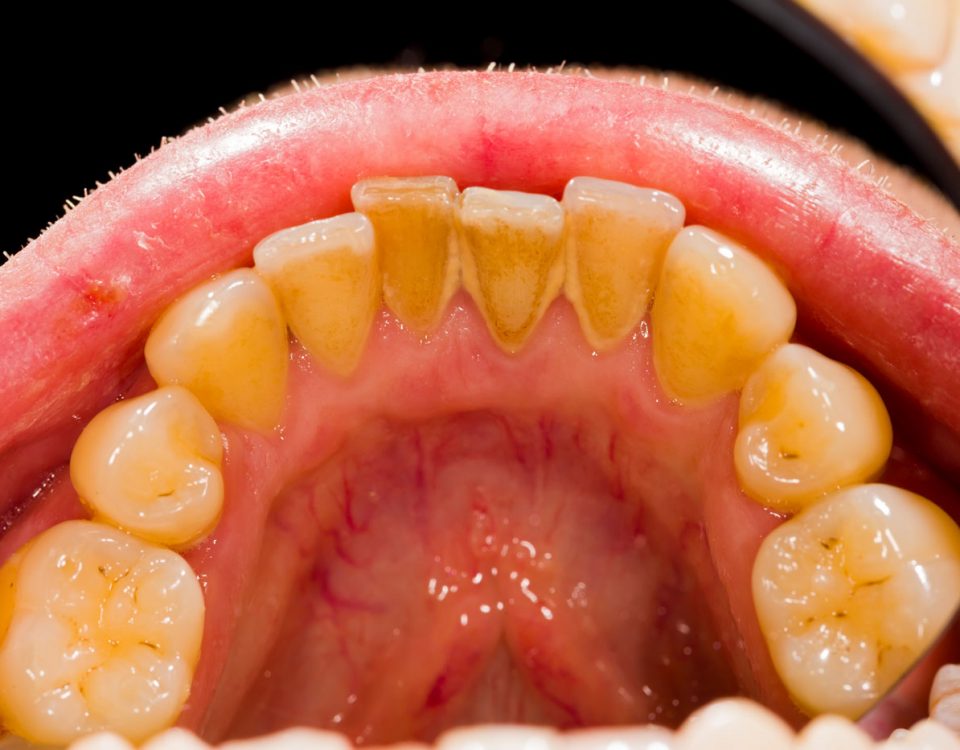 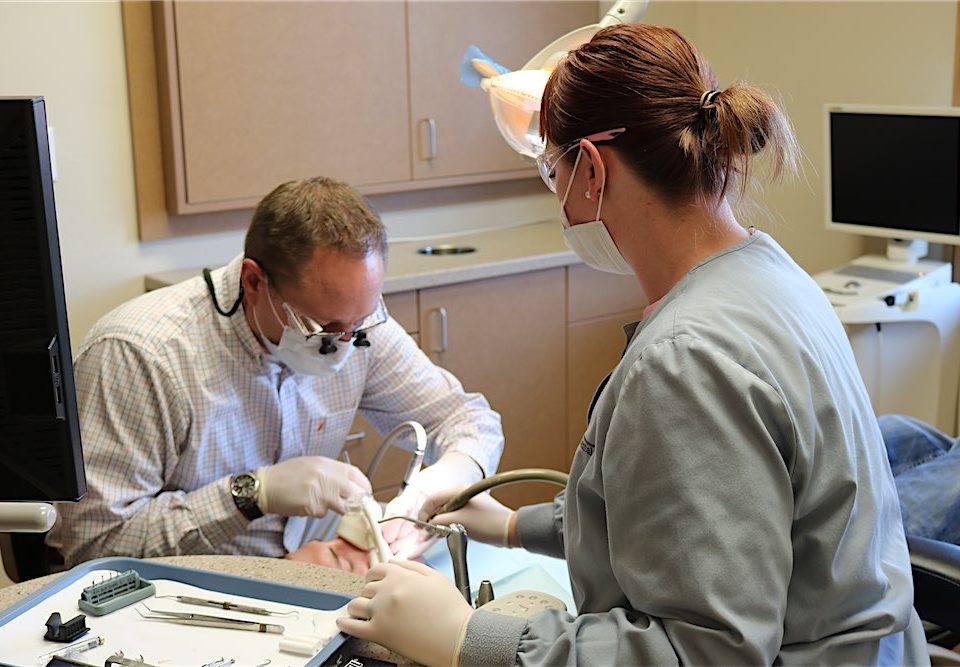 Everything Cedar Creek Dental Has to Offer